This one came pretty quickly, but I ended up with a lot of face changes, partly because things just didn't look good.


This is the original idea, just trying to figure out what pose to use.  At this point the Breakfast at Tiffany's idea wasn't in place.  But the pose on the left reminded me of the Robert McGinnis poster so... 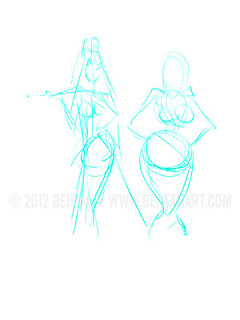 A second sketch of the basic pose after finding a puny poster reference. 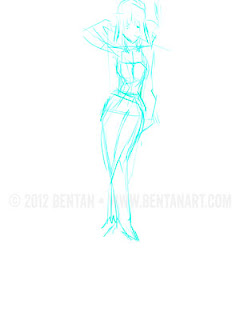 And now a little better, with better proportions.  Proportions is probably my biggest challenge. 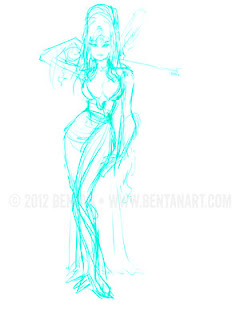 Here's the first color job.  I tried to keep it mostly flat like that poster. 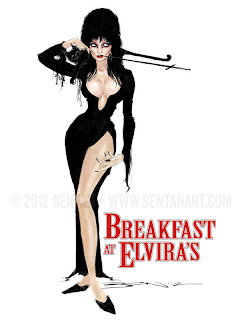 I really didn't like her face, and the cat tail kind of interfered with the little dagger/cross thing.  So I ended up trying a bunch of different tail configurations, settling on this one for it's slightly silly sexy humorous element.  Also added the tagline. 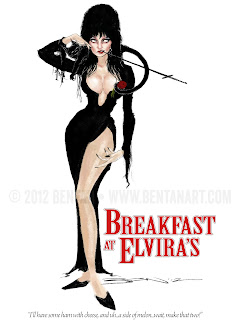 Her nose and mouth just did not read well.  It seemed OK large, but when scaled, it kind of fell apart.  I believe this is the latest version on Facebook. 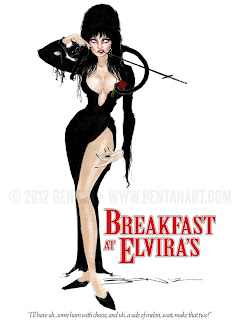 I decided the skin coloring was too dark and making her look dirty, so I reduced the opacity of the layer.  Also made her nostrils flare more, which makes her look more like herself. 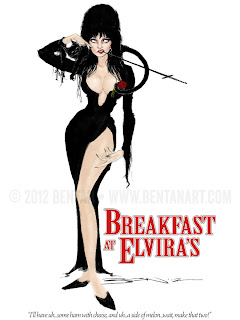 And this is a full res version.  Zoom it and you can see how the likeness is much better.  I suspect the problem is not so much with scaling but with my painting skills... 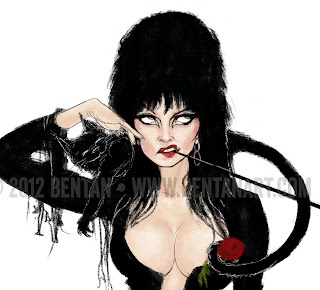 Posted by Unknown at 9:11 AM No comments: